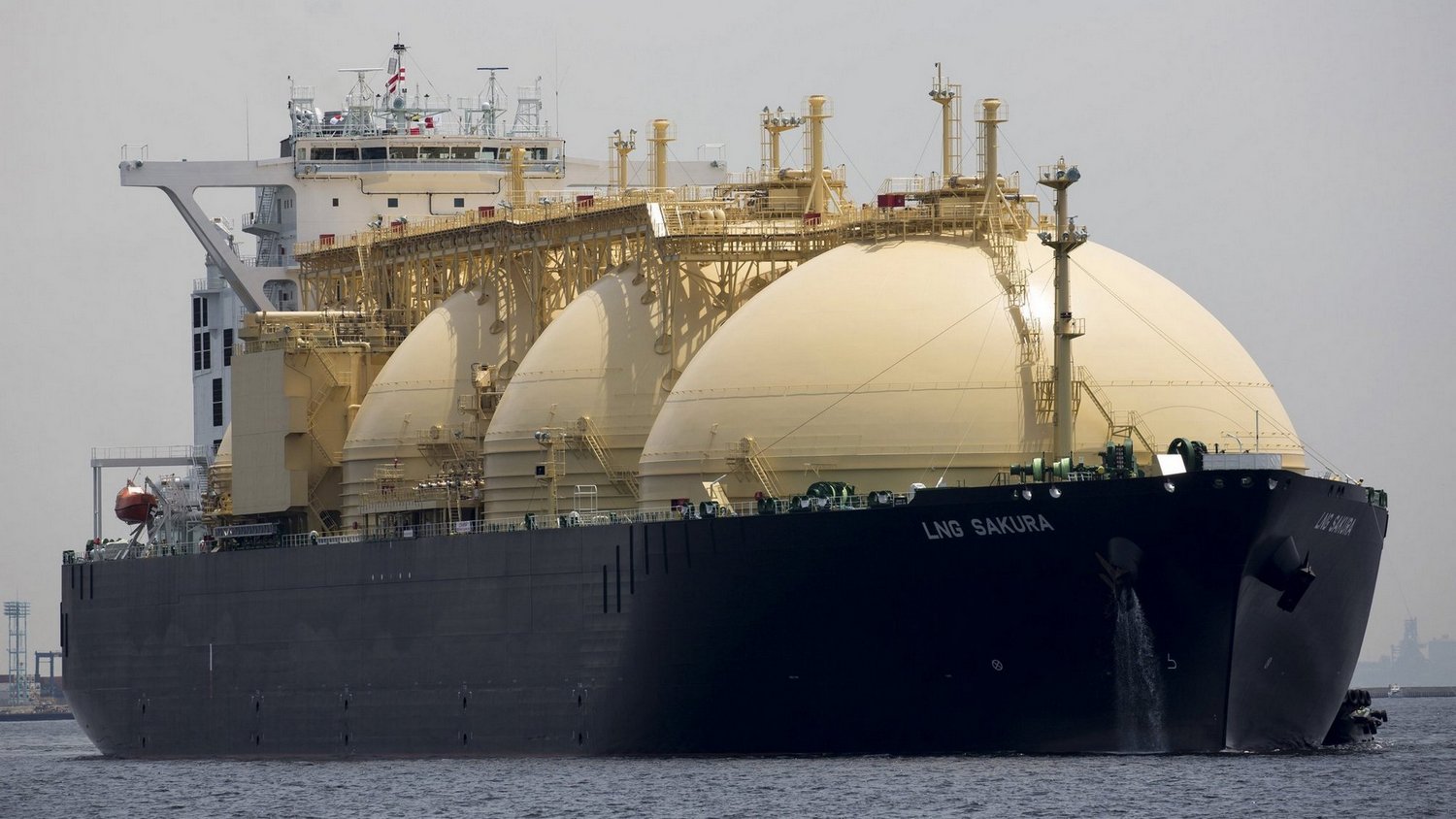 The Ukrainian Ministry of Energy and the Qatar oil and gas company Qatar Petroleum signed a Memorandum of Understanding on energy cooperation in April.

On behalf of Ukraine, the document was signed by the acting Minister of Energy Yuri Vitrenko, for Qatar – President and CEO of Qatar Petroleum, Minister of State for Energy Saad Sherida Al-Kaaba.

The states intend to develop cooperation, in particular, in the areas of Qatar’s investments in the exploration and production of gas in Ukraine, as well as the supply of liquefied natural gas from Qatar to Ukraine.

The memorandum will be valid for three years and can be automatically renewed for a similar period. The key difference between the memorandum and the agreement is that the memorandum does not oblige the signatories to anything, but simply demonstrates their intentions.

The first pilot plants for LNG production in Ukraine were created in the 1950-1970s, in the Gas Technologies Department (then the Natural Gas Processing and Transportation Department) of the Gas Institute of the National Academy of Sciences of Ukraine. Then liquefied natural gas was used as fuel for the TU-155 experimental aircraft.

Nowadays in Ukraine, the issue of LNG consumption is relevant, since its presence in the country would facilitate the solution of the problem of diversifying sources of natural gas supplies to Ukraine without being tied to the existing network of gas pipelines. It is believed that transporting gas in the form of LNG is becoming more economical (compared to a pipeline) over distances of more than several thousand kilometers.

Also, regarding the growth of proposals for replacing diesel engines with liquefied natural gas, large Ukrainian enterprises are beginning to develop projects for the domestic production of LNG with the aim of its further use as a gas motor fuel. Unfortunately, all these initiatives still remain at the design stage.

How can Turkey obstruct the implementation of the Memorandum?

After the termination of purchases of gas from the Russian “Gazprom”, Ukraine began to look for new sources of supply on the international market. Qatar, one of the largest natural gas producers in the world, can become a promising partner of Ukraine in this matter.

The previous president of Ukraine, Petro Poroshenko, tried to negotiate with Qatar on the supply of LNG directly to Ukraine via the Bosphorus. However, this was prevented by Turkey, which controls the strait in accordance with the 1936 Montreux Convention and does not want to allow LNG tankers to pass through its straits for security reasons. The Bosphorus is a rather narrow and busy strait with a number of difficulties for navigation (rocks, shoals and strong currents). Istanbul is also located near the strait, with a population of more than 15 million, whose safety could be jeopardized if the Bosphorus starts receiving LNG tankers.

These are not vain fears. For example, in 2018, the bulker Vita Spirit, passing through the strait, lost control and crashed into the shore, as a result of which a historic mansion was destroyed. In December 2019, the dry cargo ship Songa Iridium left the route and rammed the Istanbul seafront. If a similar situation occurs with a tanker carrying liquefied natural gas, Turkey could suffer much more damage than in the event of an accident with conventional cargo ships.

However, there are other, more prosaic reasons for Turkey’s refusal to let LNG tankers pass through its straits. Turkey has 4 LNG terminals with a total capacity of more than 40 billion cubic meters of gas per year, and it plans to increase purchases of LNG: it is cheaper than pipeline gas. Also, Turkey does not charge port fees for the transit of LNG tankers through the Bosphorus – this may be another reason why the country is in no hurry to give the green light to LNG tanker shipments.

There is an opinion that Turkey’s statements about the danger of LNG ships passing through the straits are unfounded: ships that carry oil products, ammonia and liquefied petroleum gas (propane) on board pass through the Bosphorus every day, and these cargoes pose a much greater threat in case of an accident than LNG.

Qatari gas has been imported through their LNG terminals in various European countries for a long time. Why is Ukraine trying to agree on this only now?

Ukraine still does not have its own terminal for receiving LNG. About 10 years ago, a project for the construction of an LNG terminal near Odessa was discussed. In 2012, Ukraine even signed a billion-dollar contract with the Spanish company Gas Natural Fenosa, the parties pledged to cooperate in the construction of an LNG terminal in our country. It’s absurd, but the day after contracting, Gas Natural Fenosa announced that it had not given anyone the authority to sign the agreement, moreover, it had not planned to take part in the construction of the terminal at all, and a document on behalf of the company was signed by a certain Jordi Sarda Bonvey. Later it turns out that the Spaniard is a former ski instructor associated with Opiser, registered in Kiev, and Gas Natural Fenosa will sue the man.

The FSRU, or “offshore terminal”, has a number of advantages compared to onshore LNG terminals: its cost is lower, the construction period is 1-3 years (onshore terminals are built for 4-6 years), and a smaller area and being in the sea minimize the impact of the FSRU on the environment.

Soon, USM will try to understand this issue and find out who in Ukraine could help the country with the implementation of such a project.

Can Ukraine dispence with Turkey’s participation?

In summer of 2019, Energy Resources of Ukraine and the Polish oil and gas company PGNiG signed an agreement on the purchase and import of American LNG by Ukraine through the Polish terminal in Swinoujscie. Already in November, a vessel loaded with gas from the United States arrived at the port.

Negotiations are underway on the supply of Qatari gas to Ukraine via Greece. Last July, the Qatari company Qatargas made the first gas supply to Europe through the Greek terminal. Gas can be delivered to Ukraine via the Trans-Balkan gas pipeline.

To solve the problem with the passage of LNG tankers through the Bosphorus, Ukraine can buy gas from Qatar and receive it through swap operations from Turkish storage facilities on Turkish tankers.

Is the Istanbul Canal the last hope?

USM wrote that Turkey had approved the construction of the Istanbul Canal a year after the first tender for the reconstruction of two historic bridges. The canal would connect Black and Marmara seas, and become an alternative to the Bosphorus. The project cost is estimated at $ 9.2 billion.

The construction of the Istanbul Canal has already been criticized in terms of its high cost, as well as the number of climatic changes that it could provoke.

For Ukraine, the project is of significant benefit: about 95% of the country’s cargo turnover is carried out through the Bosphorus, where there is not only high ship traffic, but also the risk of accidents.

There is also a chance that the emergence of the Istanbul Canal will resolve the issue of importing LNG to Ukraine, which is especially relevant at the present time. Turkish President Recep Tayyip Erdogan promised that the new shipping route will be larger than the Suez and Panama Canals: its length will be 40-45 km, width – 140-150 meters, depth – 25 meters. Perhaps, due to its large dimensions, the Istanbul Canal will not be subject to the same safety requirements as the Bosphorus. Of course, provided that the issue of security is the only reason for Turkey’s refusal to allow LNG ships to pass through the strait.

However, Turkey’s leading banks refused to finance the canal construction project due to environmental, political and financial risks.

Thus, earlier, six leading banks in Turkey (Garanti Bank, Is Bank, Yapi Kredi and others) signed a document on the principles of responsible banking, supported by the UN. The agreement calls for avoiding harm to the environment and the inhabitants of the planet.

It is possible that third-party investments will be attracted to the project, but nothing is known about this so far. The idea of building the Istanbul Canal has been left hanging in the air for an indefinite time – just like the issue of unhindered LNG imports to Ukraine. 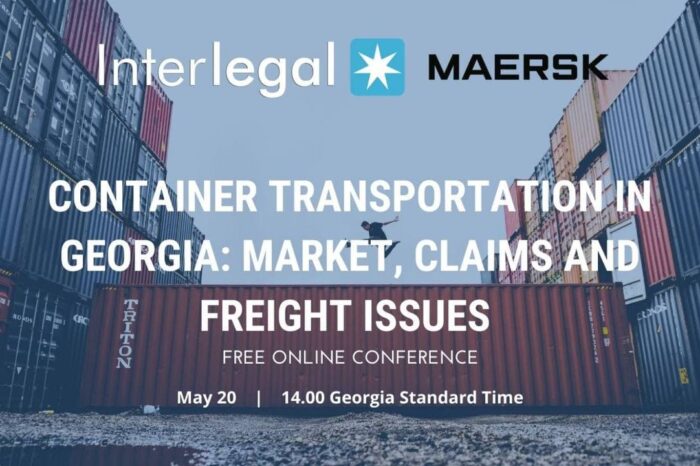 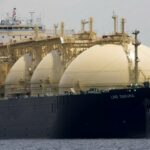