Today the Bosphorus and Dardanelles are some of the busiest waterways in the world. Dozens of large ships, including oil tankers and chemical carriers, pass through the straits every day in transit. In addition, there is an active movement of car ferries, fishing boats, excursion and pleasure boats in the waters.

In 2019, the Bosphorus allowed over 40 thousand transit ships, that is, about 100 per day. In particular, 30% of Russian, 70% of Kazakhstani, and 100% of Azerbaijani and Turkmen oil exports go through the Black Sea straits.

In 2020, the throughput of the Bosphorus amounted to 38 thousand transit ships. On average, this is about 106 ships per day. The Strait of Dardanelles, in turn, allowed 42 thousand – 116 ships per day in 2020. The total tonnage of all ships that passed through the Bosphorus last year amounted to 620 million tons, and the Dardanelles – 860 million tons.

Ukrainian wheat is also exported along this waterway. In July 2019 – June 2020, grain exports from Ukraine reached 53.16 million tons. Since the beginning of the 2020/2021 marketing year (from July 1, 2020 to January 15, 2021), Ukraine has already exported 27.2 million tons of cereals and legumes. And, the more popular Ukrainian agricultural products are on the international market, the more urgent becomes the issue of free and fast passage of exporting vessels through the Black Sea straits. On the other hand, Ukraine is facing an acute problem of supplying LNG tankers of liquefied natural gas from Qatar. The idea of ​​replacing Russian fuel with cheaper Qatari gas has been enticing the Ukrainian authorities for several years. However, sea supplies of liquefied gas have been hampered by Turkey’s reluctance to allow LNG tankers to enter the Black Sea straits so far.

The Bosphorus, with a minimum width of 700 m and a waterway depth of 36 meters, is also one of the most difficult for navigation straits in the world. Numerous bends force the vessels to change course about 12 times during the movement, and sometimes the tack is more than 45 degrees. Navigation is complicated by shallows, underwater rocks, strong currents, and in the autumn-winter period – also difficult weather conditions.

Residential buildings of Istanbul stretch along both banks of the Bosphorus, and virtually any accident in the strait poses a threat to the city and its inhabitants. Especially dangerous in this regard are oil tankers, ships carrying liquefied gas and other flammable, hazardous chemicals. According to Turkish experts, the throughput capacity of the Black Sea straits is 80-82 million tons of oil products per year, and as this figure grows, the likelihood of major accidents threatening the country with an environmental catastrophe increases.

In order to ensure the safety of navigation, the Turkish authorities are gradually increasing control over transit in the straits by imposing restrictions on “troublesome” ships.

The soujorn status of foreign vessels in the Black Sea straits is regulated by the international Convention Regarding the Regime of the Straits, signed in 1936 in the Swiss city of Montreux. The convention established the general concept of free navigation in the Bosphorus and the Dardanelles for merchant vessels. In peacetime, commercial vessels of any country can enjoy freedom of navigation and transit passage in the Black Sea straits at any time of the day, regardless of the flag and cargo, without formal delays, but subject to mandatory sanitary inspection. Pilotage and strait towing in accordance with the Montreux Convention were optional.

Although the Bosphorus and Dardanelles belong to international waters, the navigation mode in which is regulated by international documents, after a series of accidents and collisions of ships in the straits, Turkey decided to tighten the rules for transit navigation in these waterways.

Over the period from 1983 to 1993, more than 160 large-scale incidents involving transit ships took place in the straits. In 1994, following the collision of the Cypriot tanker Nassia and the cargo vessel Ship Brouker, the Turkish authorities established a new procedure for the passage of vessels in the Bosphorus and the Dardanelles and proposed the Traffic Separation Scheme (TSS), which was adopted by the IMO in 1995. The rules were updated in 1998 and 2002. In 2003 Turkey introduced the Turkish Straits Vessel Traffic Service to improve the safety of navigation.

Transit rules were significantly tightened: the Turkish authorities could suspend the movement of ships in poor visibility, a one-way rule was introduced for ships of a certain type, and the movement of large ships carrying dangerous goods was limited to daytime.

In April 2018, another high-profile emergency happened in the Bosphorus – the cargo ship Vita Spirit lost control and crashed into a historic mansion on the shore. The consequences of the incident, in addition to physical damage, were further changes in the traffic rules in the Black Sea Straits, which came into force on September 1, 2018. According to the Turkish authorities, their goal is to improve the safety of navigation, life, the environment and property in and around the straits themselves.

Under the new rules, any vessel with a gross tonnage of 300GT or more must have valid P&I insurance to pass the straits (the previous limit was 500 tons).

Passenger and container ships with a total length of more than 300 meters and all ships over 400 meters in length must apply to the port authorities for a permit to pass 10 days before such passage. Vessels up to 300 meters in length are obliged to notify the port authorities of Istanbul and Canakkale of the list of safety equipment and facilities 3.2 km before entering the straits.

Only in the daytime can the following ships pass the Bosphorus:

A similar rule for daytime transit applies to the Dardanelles passage for the following vessels:

For the listed vessels, it is strongly recommended to pass the straits accompanied by a pilot and tugs.

LNG and LPG tankers with a length of 150 meters or more must pass through the straits only during the daytime and accompanied by tugs with a minimum bollard pull of at least 60 tons each (at least 150 tons in a total). At the same time, movement along the strait in the opposite direction is suspended.

The transportation of crude oil through the straits and the transit of large ships are of great concern to the Turkish authorities. In this regard, Turkey is considering the possibility of adopting even stricter measures to ensure the safety of the straits – quotas for the transit of tankers, further increase in fines, etc. In 2023, the launch of an ambitious Turkish project was scheduled – the man-made Istanbul Canal, designed to relieve traffic in the Bosphorus. Many experts believe that with its opening, Turkey will close the passage through the Black Sea straits, at least for oil tankers.

In 2021, Turkey’s leading banks refused to finance a project to build a canal, which was supposed to become an alternative to the Bosphorus. Environmental, political and financial risks were named as the reason. Turkey’s six leading banks, including Garanti Bank, Is Bank and Yapi Kredi, have signed a UN-backed Responsible Banking Principles document. This document calls for avoiding harm to the environment and the inhabitants of the planet. The signing of this document became an obstacle for banks to finance the construction of a new canal. And although the Turkish authorities approved the construction of the Istanbul Canal – the project received approval a year after the first tender for the reconstruction of two historic bridges – critics of the project pointed to its danger. In their opinion, the new canal poses a threat to the ecology of the region, associated with the emergence of problems in the supply of drinking water to Istanbul, for which water from Lake Terkos and the Sazlidere reservoir is used. 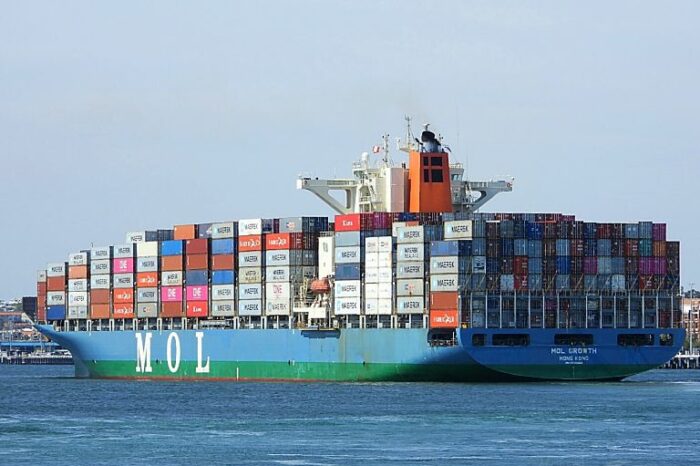 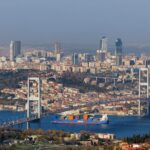